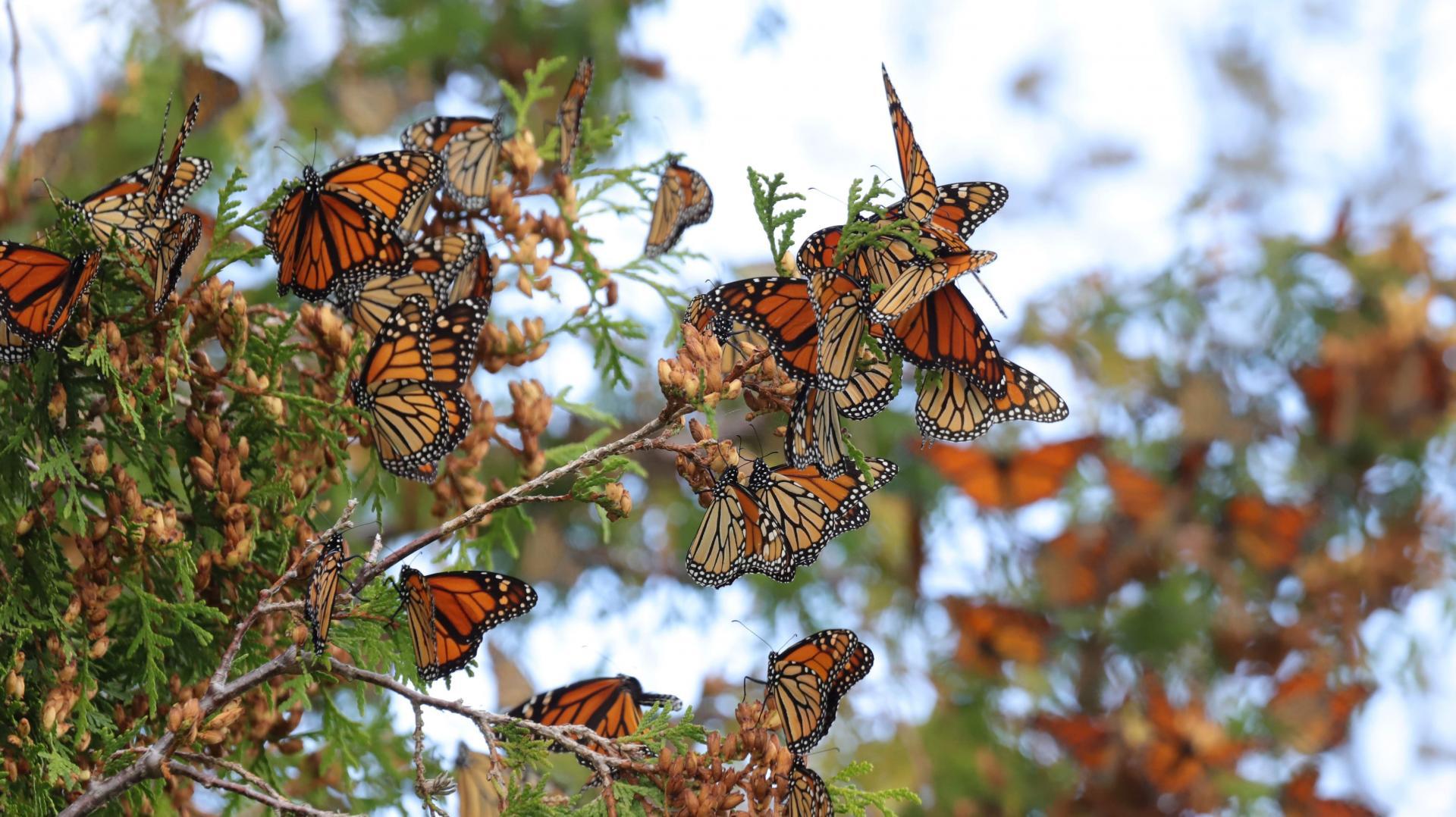 Delta County becomes Michigan’s butterfly capital in late summer and early fall when thousands of stately Monarch butterflies visit the county’s unique geography. This is one of the few places in North America where you can be lucky enough to view Monarchs migrating in large numbers like this. Check out our video below to see the monarch migration in action!

The Stonington Peninsula, particularly the cedar trees and lands surrounding the Peninsula Point Lighthouse, becomes the stopping-off point for thousands of Monarchs in late summer and early fall. You can try to catch this phenomenon at the Forest Service Day Use Area at the end of this peninsula, which separates the Little and Big Bays de Noc. The best time to see thousands of Monarchs in the trees is before dawn and right before sunset. Catching them at the perfect time takes a bit of luck and likely several days of visits to the end of the peninsula when the conditions are just right, but the payoff is well worth the scenic drive to the shore of Lake Michigan. Researchers have studied the orange-and-black-winged insects and their flight patterns since 1993 to determine where they live in the area and how to protect this unique species, which migrates more than 1,900 miles from our northern climate to regions near Mexico City each winter.

PEAK MIGRATION IS BETWEEN AUGUST-OCTOBER 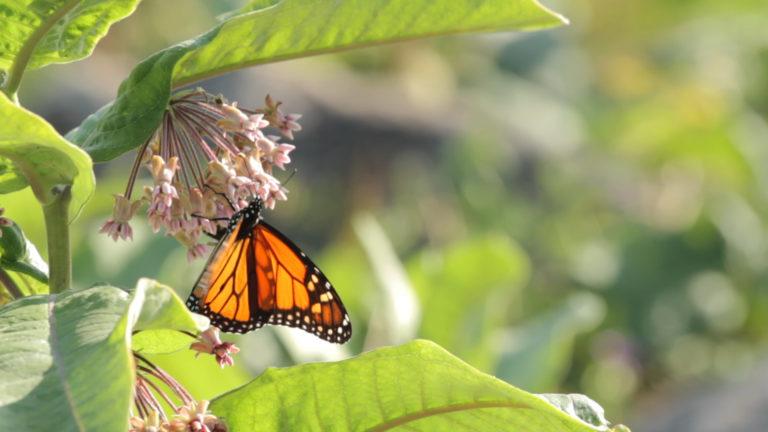 Volunteers help naturalists at the U.S. Forest Service’s Rapid River/Manistique Ranger District office in Rapid River monitor each stage of the monarch’s life, from when they return to the area to lay their eggs–only on the milkweed pods–to when they mature and again migrate to wintering areas near El Rosario, Mexico. Volunteers monitor between May 1 and the end of September, counting the number of butterfly eggs and larvae in the spring. 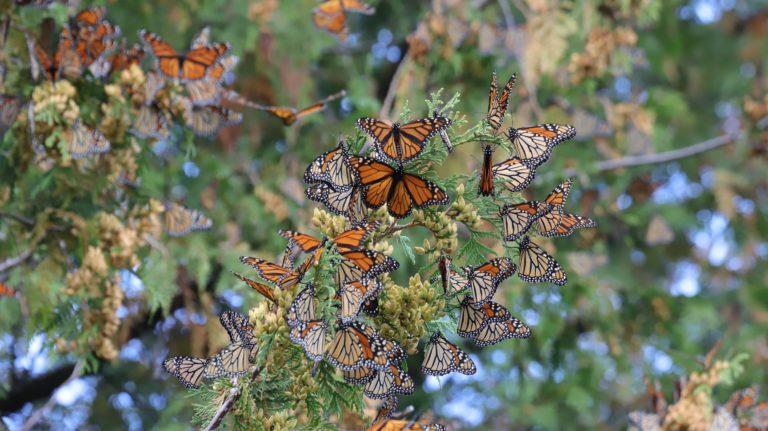 The butterfly’s appearance also coincides with visits by hundreds of Monarch fans who drive from across the country to watch the butterflies gather in late summer and early fall.

The butterflies gather at the peninsula for their flights across Lake Michigan and Green Bay’s open waters on their way south. During the evening, butterflies generally roost in the Peninsula Point’s cedar trees for protection from the elements and from birds that are brave or foolish enough to take a chance at tackling the Monarch’s natural protection–a toxin they retain as a result of dining on milkweed. Monarchs become active as the sun warms them. They most often use the prevailing winds following a cool front to help them make the trek across open water to Wisconsin’s Door Peninsula.

Tagging is done by placing an adhesive sticker the size of a pinkie fingernail on the wing. Usually, the recovery rate for tagged monarchs is less than 1 percent, but since tagging began in 1993, 21 Monarchs from Peninsula Point have been found in Mexico.

Lately, the Monarch population has come under tremendous stress, as milkweed is lost on their breeding grounds, and frosts and other inclement weather in Mexico in recent winters caused millions to perish. Many scientists fear that because of possible climate change, loss of milkweed from herbicide spraying, and human encroachment on wintering grounds, the migration’s future may be threatened.

To see the Monarchs come through, Sanfilippo says, the best month is August. However, migration continues throughout September, when the peninsula’s hardwoods begin their annual fall changeover.