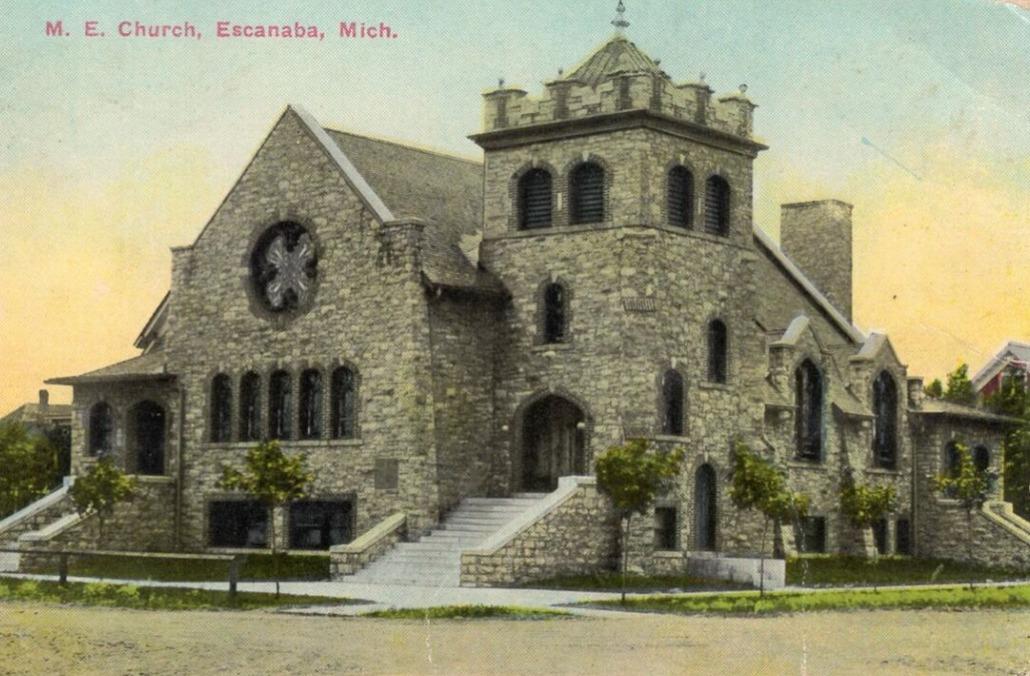 The Story behind the 150-year-old church in Escanaba

This year the First United Methodist Church celebrates its 150th birthday when it was first dedicated in 1870. The history of the Church represents years of perseverance of people who made this unique fieldstone building possible in the first place. If the Church could speak, it would most certainly have something to say. Although some of the first contributors of the Church are long gone, their legacy can still be found all throughout, and they wouldn’t mind a listening ear. This is a story about a church, the will of people, perseverance, and connectedness.

Have you ever heard the phrase “The people are the church?” This couldn’t be more true in this Church’s history. This beautiful reminisce of time wouldn’t be standing if it hadn’t been for the perseverance of the people during the Church’s unfortunate beginnings. We spoke to The First United Methodist Church Historian, Barbara Synder to get some insight on the creation of the Church. According to Synder in 1869, eight people began meeting as a Methodist Episcopal Society in Escanaba. In 1870, they appointed a pastor to mark their beginning, and four years later, the First United Methodist Church sat on the corner of S. 6th St. and 2nd Ave. The first Church was built and dedicated in 1874, but unfortunately, it fell to flames only four years later. The 20 members were left with nothing but thousands of dollars of debt and discouragement. However, in four years, they were able to build a new wooden church and cleared their debt within 9 years- a feat that would surely impress the modern-day debt guru, Dave Ramsey. This was just-in-time as Escanaba started to take the shape of a hustling bustling port-town. In return, the Church grew in membership, and it was in 1906 when the Church decided to take on more.

A TASTE OF LEEDS ENGLAND

According to Synder, Reverend Frederick Spence was born in 1872 in Leeds, England, and by the age of 16 was licensed to preach. In 1893, he had his sights set on America, where he married in Saginaw, Michigan. He was eventually assigned to the First United Methodist Church in Escanaba in 1906. The congregation had mentioned wanting to construct a new church to replace the current one. This was the inception of bringing a taste of Leeds England to this homegrown American town. Within 3 months, a Detroit architect drew the blueprint then a local contract and a member of the Church was hired. The plans of the Church you see today are that of a church in Leeds, England, with an English Gothic Style built of field stone. It is likely that Reverend Spence’s English roots had influenced what  would appear to your average american to be a small medieval castle. The original wooden Church was picked-up in its entirety and moved to the back of the lot where the congregation continued worship during construction. Then was moved yet again to 109 S. 9th St. where it still stands. The fact that it is all one piece is a wonder in itself. The current First United Methodist Church nevertheless has the original floors that are made of maple and the original hardwood which is made of feathered oak. The total cost of the building came to be around $19,000. Seeing this Church today, is not only a step back into time but a step across the North Atlantic Ocean.

THE CHARACTER BEHIND THE STAINED GLASS WINDOW

An unmissable feature about this building is the stained-glass windows that are filled with shimmering hues of red and green. According to Synder, the windows were created by the Wisconsin Art Glass Company of Oshkosh. There are a total of 28 stained glass windows still intact. Initially, there were 30 windows. The total cost for the windows during that time was $394.20. A steal of a deal, especially because they have lasted more than 100 years and are still just as breath-taking. Each window was dedicated to a person or people who contributed to the Church. One of the windows is dedicated to the first group of people who started meeting in 1869 as a Methodist Society, another window is dedicated to some of the children who raised funds for the church by filling-up barrels with pennies. But one window, in particular, is devoted to a man by the name of Charles E. Brotherton. This is not the only place you will see the name Brotherton in this town, let alone in the Upper Peninsula. Charles was born July 12, 1834, and came to the Upper Peninsula in 1852 with a survey team. In 1865, he worked as a land surveyor for the Chicago and Northwestern Railroad. Brotherton is responsible for helping create the City of Escanaba that you see today. It is hard to fathom what his work must have been like. Most of us grow up in a city, and yes, we see new development and the loss of old buildings, but Brotherton saw nothing but grass blowing in the wind and a few small structures. Within a short time, his vision took flight. This booming spot on the map appeared overnight and he continued to watch it grow throughout his lifetime. The Brotherton family had a long-lasting relationship with the City of Escanaba and the First United Methodist Church. Both of Charles’s sons grew up to be surveyors and continued his work. The Brotherton name lasted in the Church until the year 2000. Between Charles and his son Hugh Brotherton, they spent a total of 90 years working for the Chicago and Northwestern Railway connecting Escanaba to many neighboring towns. Charles Brotherton watched the transformation of all three churches and had given financial contributions to each one. He passed away one year after the final Church was built. You can find his dedicated window near the pulpit, and his house is also a historical site on 606 Ogden St., just a couple blocks from the Church. Brotherton had played a fundamental part in the growth of the church and the growth of this little town on the water. 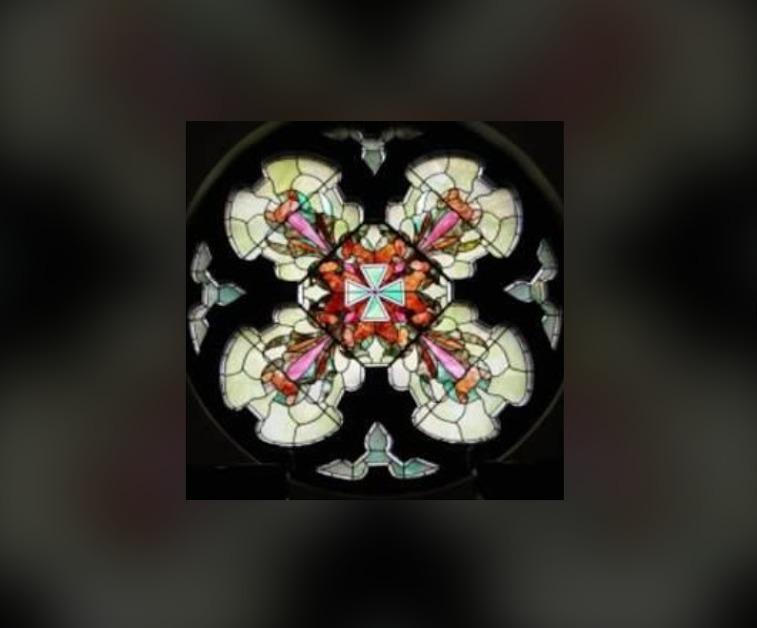 Another recognizable feature of this Church is the Kimball Organ, which rang in at a total of $2,150 –a pretty penny during that time when the average pay was $3 a day. The organ was built behind the rear wall of the choir loft, and the air supply came from a large blower in the basement. According to church history, the organist needed strong fingers to press the very stiff actions. Synder says that the women of the Church raised funds for the organ. These women raised funds by suppers and pie sales until the money was made. Not only were these women hard-workers, but they held prominence in the Church. They helped fund local and foreign missions and came-up with the last $500 of the Church mortgage. These women represent the hardworking Yooper spirit and the importance of the Church in people’s everyday lives during this time. “The Church was the center of people’s lives,” Synder says. “This Church was a large part of people’s social life, and it still serves as that.” Throughout the years, the organ has had parts replaced, but some of the pieces still remain in use today.

This Church has had generations of gatherings for so many years and characterizes the importance of having a brother and sister to lean on when times get tough. People like Brotherton remind us of the significance behind making connections. This story about a church, a land surveyor, and people emphasize the ability of a persistent heart in making a goal and seeing it come to fruition. Although we are facing a challenging time that  permits us from going about our regular daily life, we can still have a sense of connectedness as we go through this together. We can find some comfort looking back in history to guide us and display how people face adversity during trying times. And once this time does pass, we can assure you that the Church on S. 6th St. and 2nd Ave. will still be standing, as it has for over a hundred years, with all its stories it would like to share during a visit from you.