It is said that the Garden Peninsula got its name because the Native Americans who lived in the area would travel to the Peninsula in the summer to plant their “gardens”. The rich soils and favorable growing conditions that they found provided a variety of agricultural opportunities that are prevalent today. 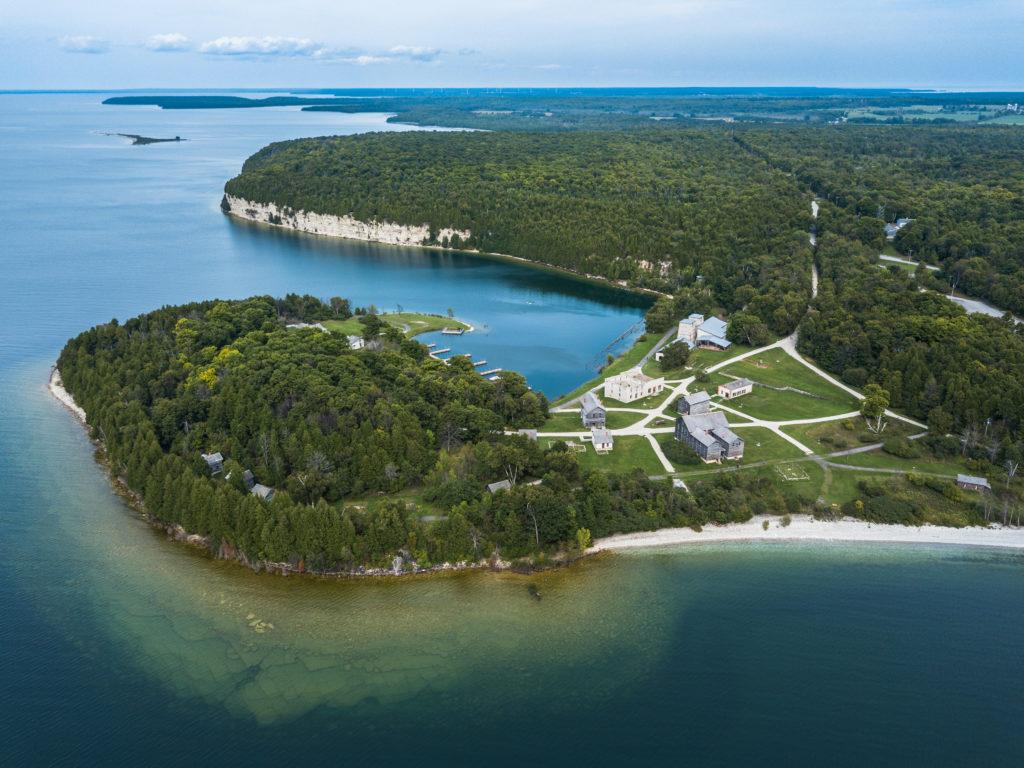 With an abundance of fish in the waters of the Bays de Noc, French fishermen migrated to the islands south of the Garden Peninsula. In the 1850’s, some of them moved to the mainland and founded the settlements of Sac Bay and Fairport where they could continue their trade. For several generations these families have maintained this valuable industry on the Peninsula. 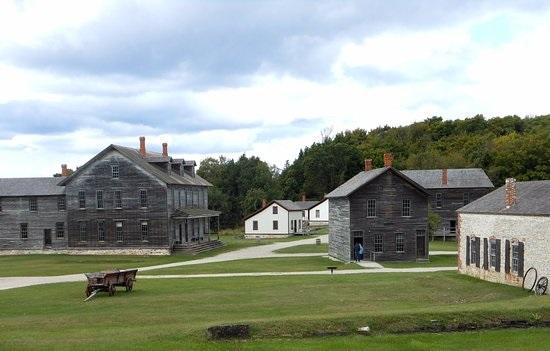 In the late 1860s the Jackson Iron Co. found a site on the Garden Peninsula that was ideal for a smelting plant. It had an excellent harbor and an abundance of raw materials needed in the smelting process. They named the site Fayette in honor of their general manager, Fayette Brown. Hardwood was needed to produce charcoal to fire the furnaces. Harvesting trees for the smelting operation and clearing land for farming spawned the logging industry which still flourishes today. 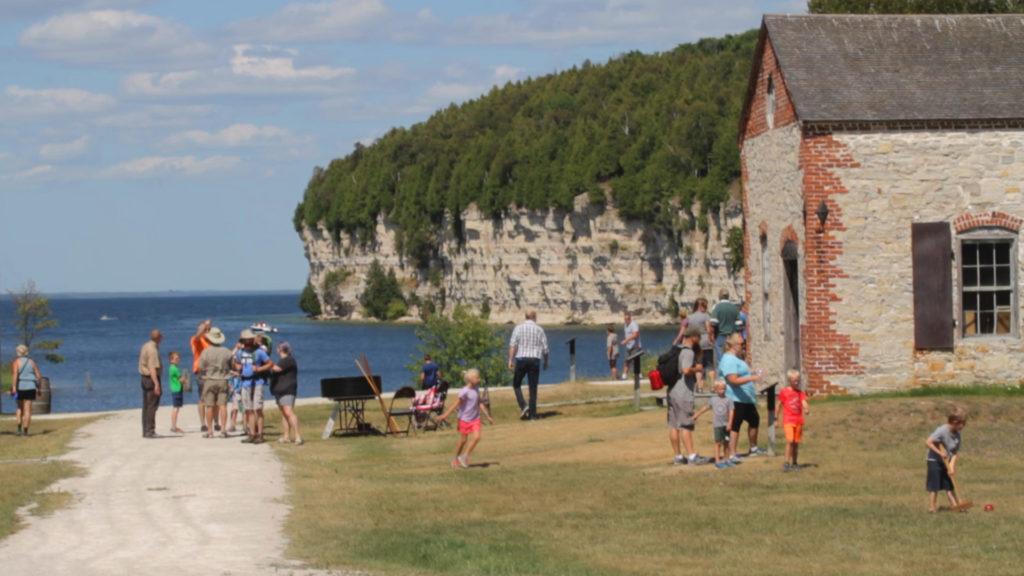 With the development of new technology, the smelting plant closed rather abruptly leaving a deserted village. The State of Michigan eventually purchased and restored the “ghost” town, naming it the Fayette State Park. It attracts tens of thousands of visitors each year. Combining that with the recreational opportunities and natural beauty of the Garden Peninsula has resulted in a growing tourism industry.

Farming, commercial fishing, logging, and tourism are all part of our heritage. They are the economic backbone of the area and have produced a population of hard working, enterprising, interdependent people who are proud to call the Garden Peninsula their home.

Established in 1867 by the Jackson Iron Company, this once busy industrial town operated a profitable blast furnace operation to smelt raw iron ore and produce pig iron. Fayette Brown, company agent and the town’s namesake chose this location for its abundant natural resources including hardwoods as fuel for the furnace operation and limestone to purify iron ore during the smelting process, while Snail Shell Harbor provided safe anchorage for company vessels.

A decline in the charcoal iron market coupled with a depletion of the company’s fuel supply brought an end to Fayette’s smelting operation in 1891. In 1916, the company sold Fayette to Fred VanRemortel who ran the town as a successful summer resort until the 1940s. The State of Michigan acquired Fayette in 1959 and the site became Fayette State Park. Since then, stabilization and restoration efforts have been ongoing. 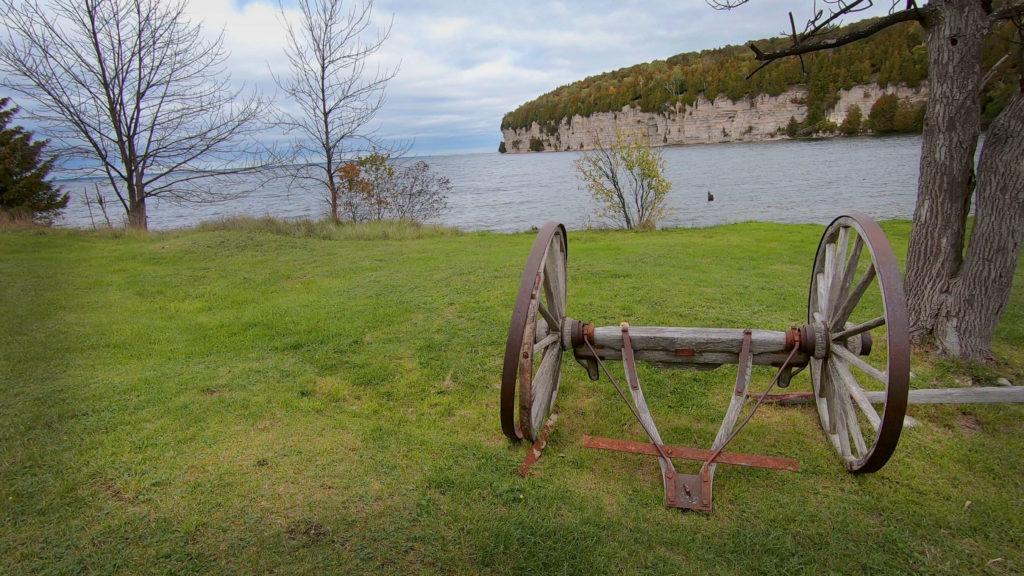 Today, Fayette is a museum village that includes a modern visitor center, 20 historic structures, exhibits and walking tours to interpret the town’s 19th century industrial past. Guided tours of the historic town site are offered mid-June through mid- August. Other park activities include five miles of hiking trails, camping, picnicking, swimming, boating and fishing. Scuba diving is allowed in Snail Shell Harbor during certain times of the day. A fee and use permit are required for this activity. 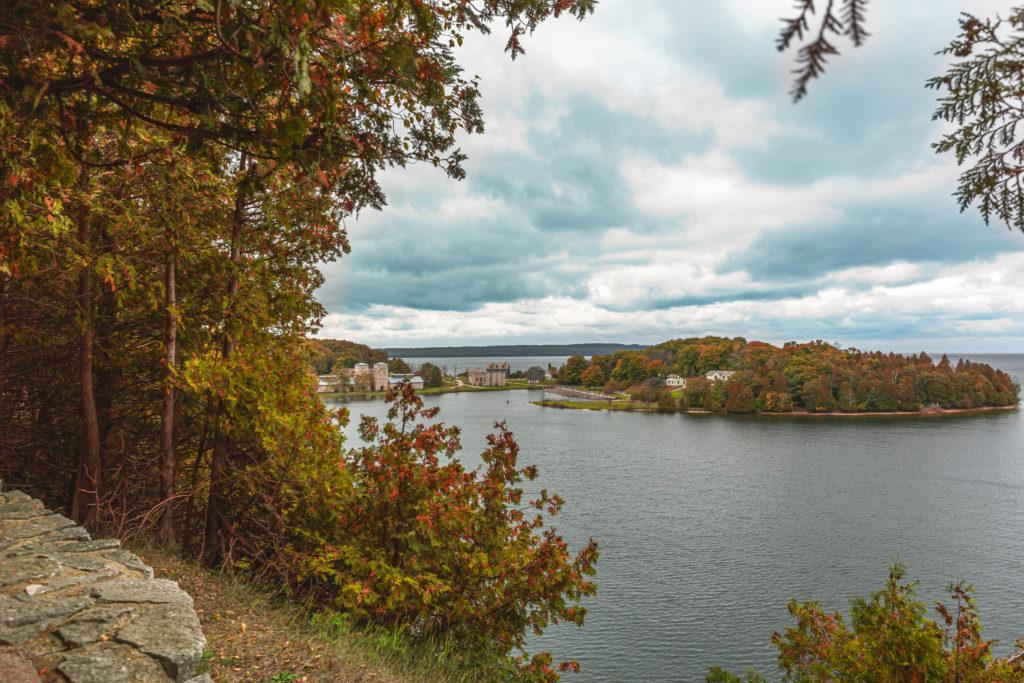 Fayette Historic Town Site is located between Escanaba and Manistique, 17 miles south of U.S. 2 in Fayette Historic State Park. A Michigan State Park vehicle permit is required for entrance to the park. Please allow two to three hours for your visit. Fayette is part of the Michigan Historical Museum system, Department of History, Arts and Libraries. It is interpreted in cooperation with the Michigan Department of Natural Resources, Parks and Recreation Bureau.